The announcements come after public outrage over a racist ad for the product which referred to black women’s hair as “dry, damaged and frizzy” while labelling white hair as “normal”.

JOHANNESBURG – Woolworths has become the latest retailer to remove TRESemme products from its shelves.

The company confirmed the news to Eyewitness News on Wednesday evening, making it the fourth store to stop the sale of the products over a racist advertisement that was posted on the Clicks website last week.

The retailer said given the recent concern about a racist advert released by TRESemme, it would no longer be selling their products while they engage with the supplier.

The Shoprite group also announced it was removing the products from sale at its stores countrywide on Wednesday afternoon.

The retailers’ move comes just a day after Clicks delisted the products.

Clicks closed all its outlets on Wednesday morning, to offer counselling and support to its staff members in the wake of the public outrage over the racist ad. 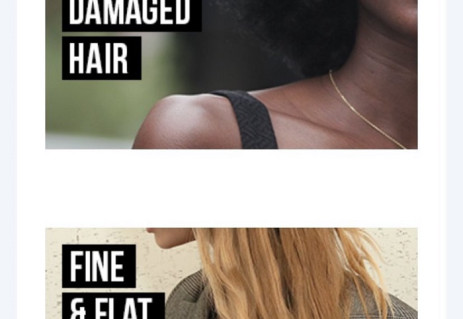 The Economic Freedom Fighters (EFF) said it would meet with Clicks on Thursday following widespread protests.

The party said that it would, however, continue with its demonstrations, which began on Monday.

Download the EWN app to your iOS or Android device.