Business Unity South Africa’s executive officer Cas Coovadia has told Eyewitness News that while they understood the issues which had pushed workers out on the streets, it was counterproductive.

JOHANNESBURG – Business Unity South Africa (Busa) said the impact of Wednesday’s national strike by the country’s labour unions and federations would have a severe impact on the economy.

The organisation’s executive officer Cas Coovadia told Eyewitness News that while they understood the issues which have pushed workers out on the streets, it was counterproductive.

Busa is concerned that the national strike on Wednesday will haemorrhage whatever is left of investor confidence in the country.

“We are trying to rebuild the economy, not from COVID, but from the recession we were in pre-COVID. So, we think it is incorrect to have a protest and a full-day strike.”

Coovadia, however, said as businesses, Busa did identify with the issues raised by labour around corruption, among other issues, which had led to the protest.

The private and public sector will be among the hardest-hit industries when workers withdraw their labour on Wednesday. 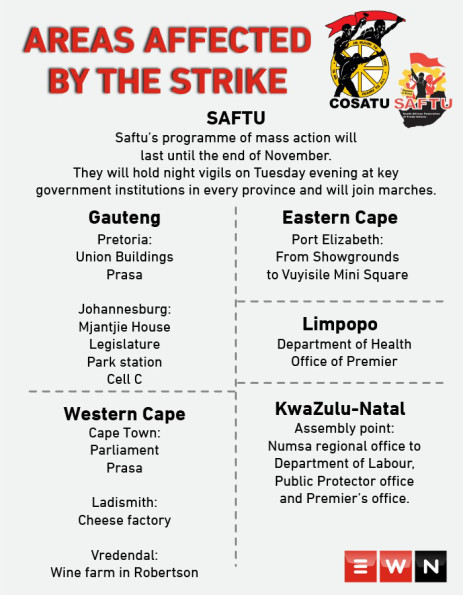