Forensic investigator Paul O’Sullivan’s non-profit organisation, Forensics for Justice, has offered a R1 million reward for information that will lead to the arrest and conviction of detective Charl Kinnear’s killers.

O’Sullivan’s non-profit organisation, Forensics for Justice, has issued a R1 million reward for information that will lead to the arrest and conviction of Kinnear’s killers. 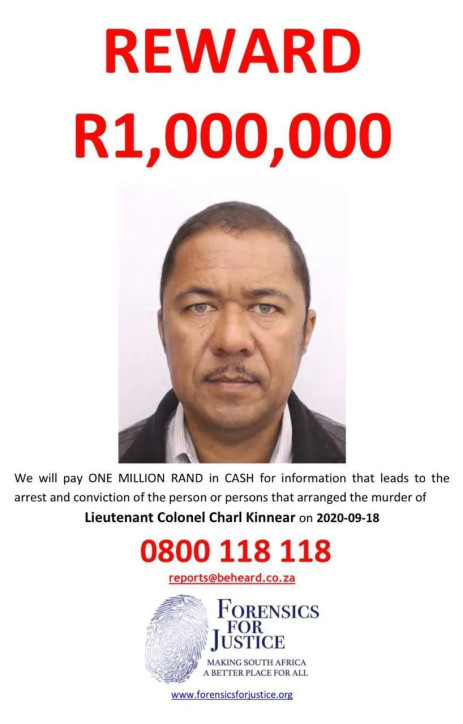 Kinnear, a detective in the Western Cape’s Anti-Gang Unit, was shot and killed outside his home in Bishop Lavis last Friday.

O’Sullivan is concerned the Western Cape may be facing what he calls “the tip of the iceberg” when it comes to killings linked to the gang underworld.

O’Sullivan said authorities should act now to prevent the situation from spiralling out of control.

When Police Minister Bheki Cele visited Kinnear’s family this past weekend, he vowed to apprehend the late detective’s killer, but conceded there were more “questions than answers” at this stage.

O’Sullivan explains they conducted a lifestyle analysis on the late Kinnear and decided to offer the reward.

“We carried out a lifestyle analysis on him and his family and we satisfied ourselves that they are living normal lives and for the most part just trying to survive. So, we decided enough is enough.”

No arrests have yet been made.